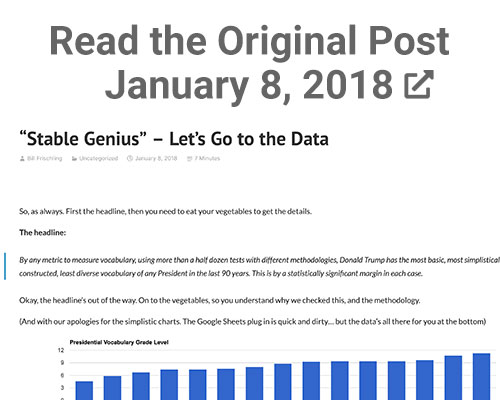 9 thoughts on “Not “Stable Genius” Again, Or Please Stop Making Us Run This Analysis”